Shenandoah turned out to be a washout this time. The weather closed in and by morning there had been a power outage and the kitchen was getting by on what seemed to be a temperamental generator. Happy at least to have seen a bear(!), we returned to the road and headed for the Virginia historic triangle (Williamsburg, Jamestown and Yorktown).

This was a repeat trip for us (we visited in 2014) and for R’s mum too, who had visited back in the early 1990s when R was young. We all enjoyed the canon demonstration at Yorktown, and the audience participation at Colonial Williamsburg; R and I were drafted into a militia and marched down the main street to be inspected by a General. We were due to march on Yorktown at dawn the next morning, but I’m ashamed to say we deserted at that point as we had already been to Yorktown and wanted to visit Jamestown Settlement. 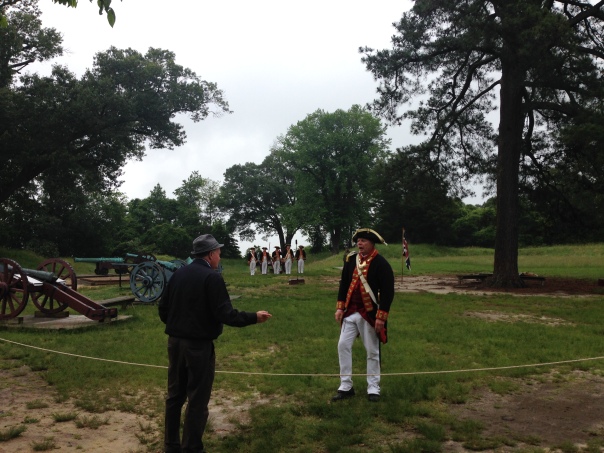 When we had visited in the autumn of 2014 we had visited Historic Jamestowne – the actual site of the colony and the museum of the archaeological findings. However, the archaeology of Jamestown was only really uncovered in the late 1990s, and before this the place to visit was the Jamestown Settlement, which is a mock-up of what they believed the colony might have looked like, built in 1957 for tourists. It includes a mocked up Powhatan Indian town, and historic ships. This time, we visited the mock up, but were pleased to see that you can just make out the real site of Jamestown across the river. 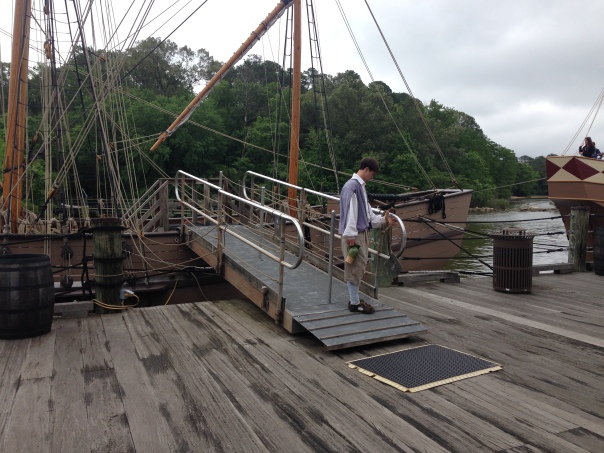 If you ever want to visit the historic triangle a useful place to stay is the (Marriot) Courtyard Williamsburg Busch Gardens Area. There’s also a surprisingly good restaurant, The Whaling Company, in walking distance. However, if I ever return here with kids I’m definitely going to be looking at staying in Colonial Williamsburg itself. 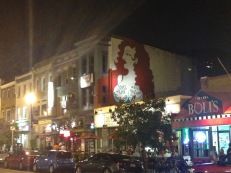 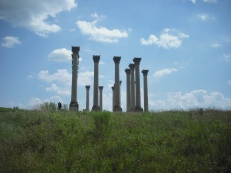 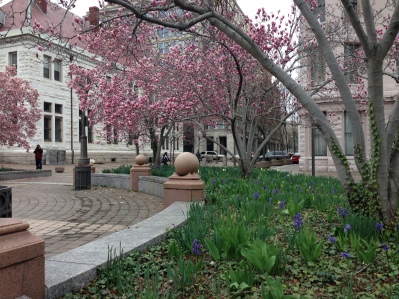 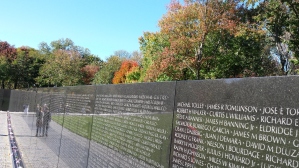 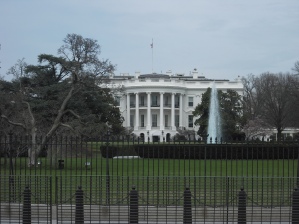 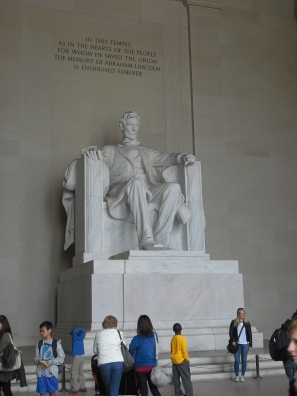 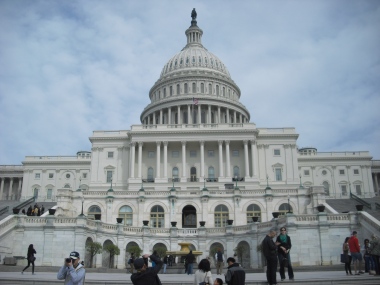 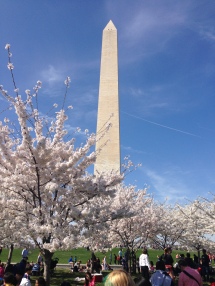