My birthday comes between Christmas and New Year. It’s a difficult time of year for a birthday – often people aren’t around, or places aren’t open, and you don’t really feel very much like celebrating again while you’re still recovering from the Christmas turkey, puddings, cake, and chocolate. In the past I’ve embraced it – Christmas cake is way better than birthday cake in my opinion, and a good turkey sandwich makes an excellent birthday lunch. But when you’re celebrating Christmas in a less than traditional way, with family, Christmas cake and turkey sandwiches far away, a Christmas birthday doesn’t seem as jolly.

So we did what we always do when we’re feeling a bit down – we hit the road!

R knows me really well, so he suggested an itinerary that very much appealed to me. We would be starting by driving across the Chesapeake Bay Bridge to Delaware – one of the states I hadn’t visited yet – and having lunch and some tastings of beer at Dogfish Head Brewery, which happens to be one of my favourite beers. Then we would drive to Ocean City, MD, and spend the night there; I love being by the sea in the winter, on a good, wind-swept beach.

Day 2 we would drive to Charlottesville, probably via a Chik fil A (I mentioned this trip was designed to fit in my favourite things!).  Here we wanted to see the University of Virginia campus, designed by Jefferson, and Jefferson’s house – Monticello. We thought we might do that on the morning of Day 3, before we drove up the Shenandoah Valley to stay, for our final night, near Little Washington, in Sperryville – where there just happened to be another brewery, and a distillery, as well as a nice restaurant.

On our final day we planned to head up to Skyline Drive and get in a short hike before driving back to DC.

It was a pretty full schedule, but it turned out to be a nice little road trip, which fit nicely into the time between Christmas and New Year and didn’t break the bank. 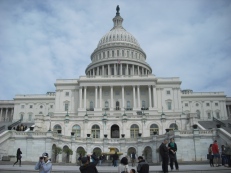 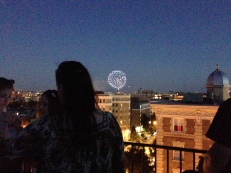 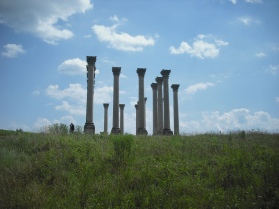